After the excitement of the team event, the players now have to fight for individual glory.

In the boys singles:

Theodore Kang beat Ethan Pan in 2 sets before being dispatched in 2 sets by No. 1 seed Ryan Venpin.

Julian is doing better having beaten William Hollis and Ryan Foo to reach round 3. He plays Pascals tomorrow.

Hong Yuan is also through to the 3rd round beating M Zhao and Perry Xie in easy sets. He plays Ethan Chen who is ranked 3/4.

Aidan is also progressing well beating Jake Naylor and N Shastri in easy 2 sets each. He plays No. 2 seed S Konchada next.

In the girls singles:

Alicia is doing well after beating A Souksat in 2 sets. She progresses to the 3rd round.

Anjali has also done well having beaten T Olger and E Benson in easy 2 sets. She faces M Almazan next.

Janice has to contend with the plate after losing to Angie Liu.

Bernice has had an easy road after beating  Lisa Xing and Emma Chung both in 2 sets under 10 pts. She will face M Zhao next.

Jasmine won her first set but was defeated by 2nd seed Kelly Xu in the 2nd round.

The girls should progress well in the next round.

Alicia has teamed up with T Xie from CNZ. They lost their first match against J Tan and S Tan and progress to the plate.

Hong Yuan and Bernice won their first match but lost against Venpin and K Ea in 2 sets.

Aidan and Anjali also move to the plate after losing in 3 sets to L Hoang and A Sousakat.

Theodore partnered Yasmin Say and have progressed well to the 3rd round.

Julian and Jasmine won their first match but had to concede to R Audley and M Zhao.

Ryan Foo of NSW and Janice have  better matches after beating I Wong and T Thiessen in 2 easy sets. They progress to the next round after beating A Ahuja and T Adams.

Dawson and his partner G Watkinson also move to the plate.

Dawson and Aiden had a bye in the first match. They then met Theodore and Ethan Chen losing in 2 sets. They should go to the plate.


Julian and Hong Yuan are doing much better having beaten S Mcgregor and P Xie in easy sets. They then beat S Sun and T Xie also in easy 2 sets. They will meet the 3rd seeds tomorrow.

Alicia teamed up with Yasmin Say. They won their first match but lost their 2nd match to N Alijabar and Shauna Li who are the first seed.

Bernice has teamed with Angela Yu who I think was the champ in the under 15s last year. They progress easily to the 3rd set.

Janice and Jasmin also moved to the 3rd round after easy wins.

Anjali teamed with B Aniceto but only managed to reach the 2nd round. 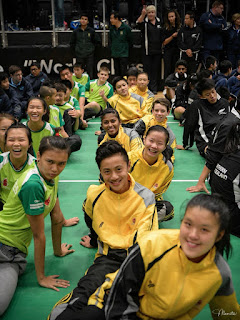 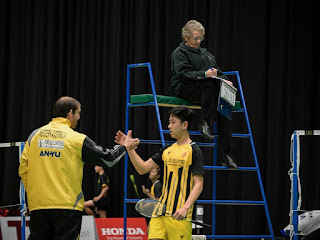 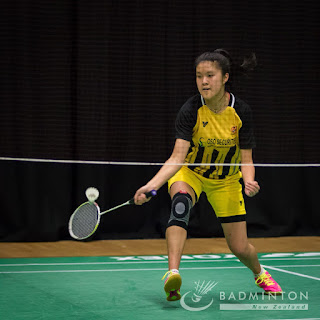 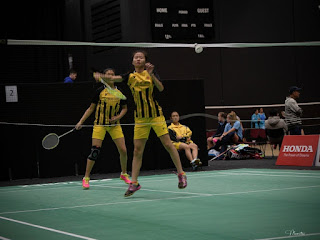 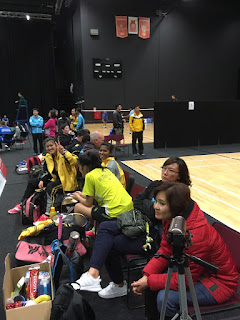 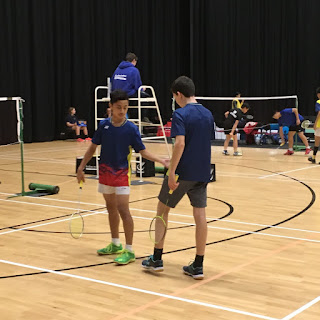 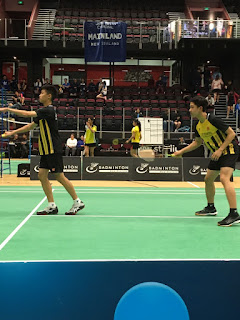