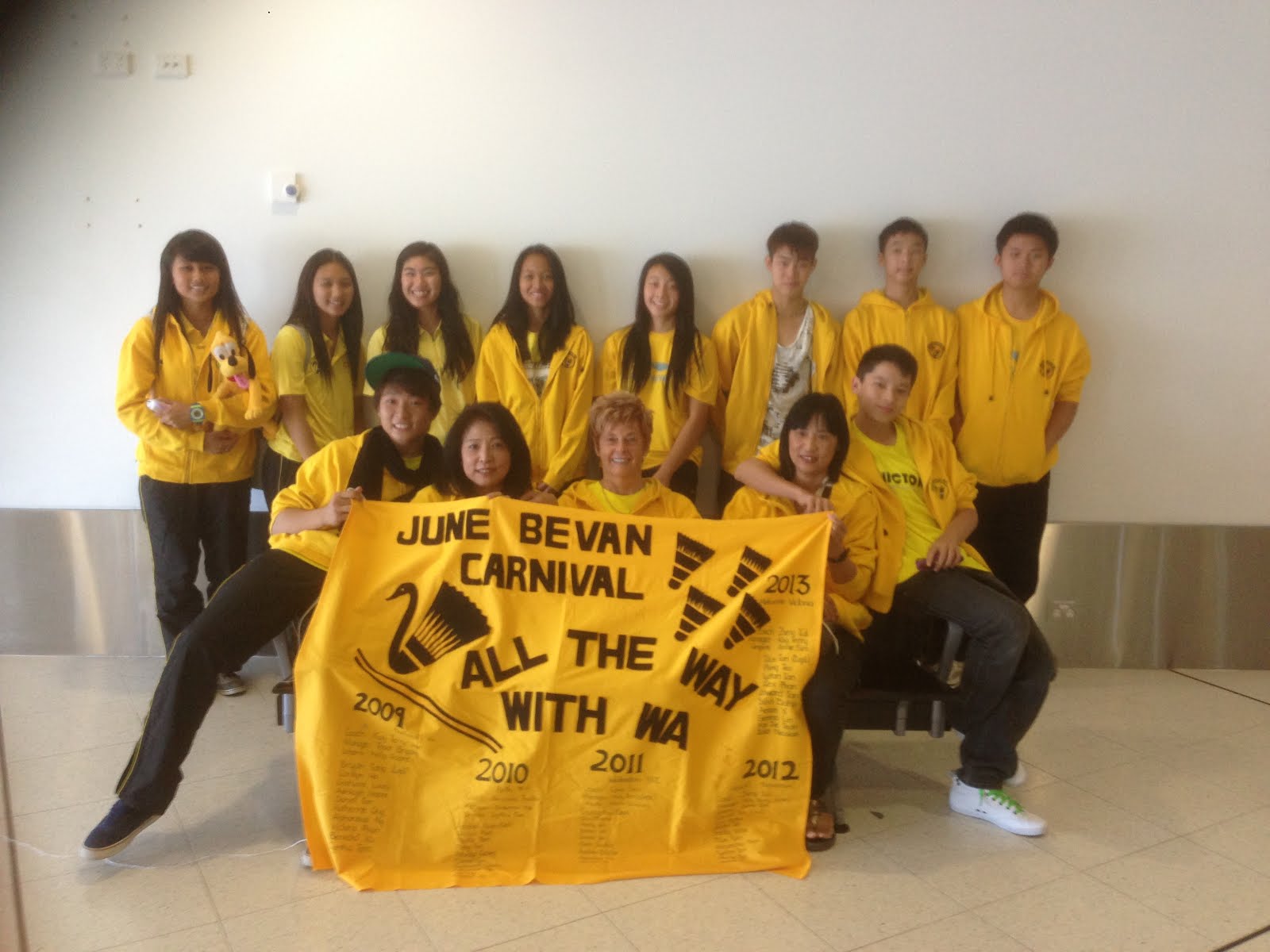 Although WA had no players in the finals, I am sure the players would have watched all the final games to learn and improve on their future games.


The final results are:


Joy was again the singles winner and the doubles winner with Grace. Good on her.

The rankings were announced and Phing was ranked 3.

The surprise was when Tyzton was ranked 10 much to his surprise. They could not even pronounce his name and he only realised they were calling him when they announced WA.

The team travels back tomorrow with Annie as the team leader as Kay is staying in Victoria.

I cannot wait to see my wife and son again. It has been difficult being without Tyz and Annie. It has been nothing but golf, golf and more golf with Jazton. Jaz has been great with keeping company with me to make sure I do not miss my wife too much. 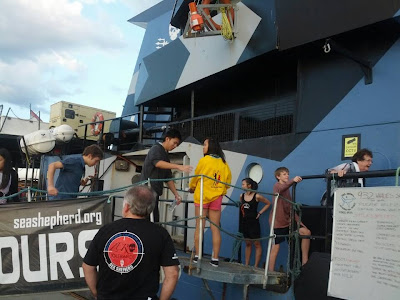 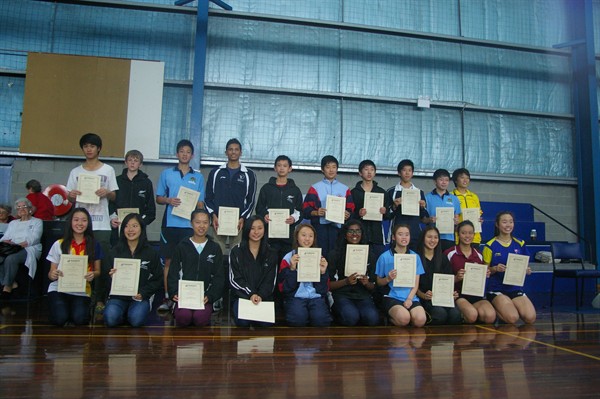 Posted by Raymond Tan at 7:51 AM No comments: Links to this post

The 3rd day of individuals

The campaign of the WA  players have ended today.

Titus and Alex beat D Owen  and A Langley in the morning,

Phing and Sanoja did managed to win the doubles plate event after beating Alex and Silvi along the way.

Tyz and Titus were unable to contain B Hillier and A Qu going down at 21/16 and 21/19.
That means the players are all out of the competition.

WA has to honour them for giving their best for the State.

It is back to the training court for Yuli to find a team that will bring back a medal next year.

Kay has to be persuaded to return as manager on condition that she will not have to worry about dealing with non badminton related issues.

The draw for tomorrow are:

Posted by Raymond Tan at 2:25 AM No comments: Links to this post

The 2nd day of the individual events

The players continue to test their aching bodies and fight for individual glory.

Silvi progresses in the plate event after winning Sally Woo in 2 sets.  However her run was stopped by Sanoja at 14/21 and 11/21.

She continues in her doubles plate event with Alex tomorrow after winning against S Lee and C Mashalidis. They will play Phing and Sanoja. She is also out of the mixed doubles after being beaten by M Chan and C Koh.

Alex beat H Rothery in her first plate singles but is out after being beaten by M Hemanth in 2 sets.

Silvi and her will play Phing and Sanoja in their plate tomorrow.

Titus and Alex will continue with their plate after beating C Koh and Y Say in 2 sets and also P Rao and E Cochran in 3 sets. They play D Owen and Z Peries tomorrow.

Tyz and Titus will continue with their doubles campaign and will play B Hillier and A Qu tomorrow.

Tyz and J Lai had a good start in the morning beating J Taing and A Lorincz in 2 sets. However they are out after meeting A Yu and T Ho in the afternoon and losing in 2 sets.

He is left with the doubles with Titus tomorrow.

KJ Teoh and Serena are also out of the doubles after losing in 2 sets to M lee and J Almazan. His plate run with Blaga has also ended after meeting P Rao and J Schuler and losing in 2 sets.

Phing continues with her singles run. She meets J Lai tomorrow. She also continues in her plate with Sanoja and will play Silvi and Alex tomorrow.

Serena and Julia are out of the plate. Serena is also out of her plate singles after fighting hard in 3 sets against H Jim.

Amos is also out of the tournament after losing to M Chan and C Koh in the mixed doubles. Ed and Amos also lost to K Patil and J Taing in 2 sets. He has played as well as he can despite nursing a very sore back.

I am sure the players are all nursing sore bodies after 8 days of badminton. I spoke to Kay this morning and she wants all the future team players to have more physical training.

I hope tomorrow will be better for all the players that are still in the hunt. Good night.

Give my best wishes to Tyzton and all the other players who are still playing in the individual event.

Hope they can fight through the pain.

Posted by Raymond Tan at 5:45 AM No comments: Links to this post

Yes, the team has gotten over the disappointment of not winning a medal despite giving their best. Now they are concentrating on their individual events.

The story of the day must be Amos Yi's withdrawal from the singles as he is slightly injured. He had to decide whether to play singles and risk not being able to play his doubles games. He decided to give up his singles matches so that he can honour his obligations to his double's team mates. What an honourable gesture. I only found out about his singles' withdrawal after checking tournament software and speaking to his mum Touk Krei. Touk Krei told me that there was a family discussion with his dad who is in China. His dad wanted him to play his singles till he could not progress. That is the old traditional Chinese way?  Fight to the end.

However Amos as I said considered his team mates and decided to honour his agreement.

That has turned out great as Edward and him managed to kick one of the top doubles pairs out after a tense 3 setter. They knocked out NNZ's top doubles pair P Ding and M Yep.  I understand his mum was on the floor from the tension of watching the game.


Amos's games are below:

He continues his individual onslaught with Mixed partner Silvi after winning their first round.


Edward also continues to fare well. He has gone to the 3rd round after beating Ocampo and Pranav Rao. He will have his hands full against seeded  5/8 NNZ  P Ding tomorrow. Wish him the best of luck.

His doubles fight continues with Amos.

He is also faring well in the mixed doubles with Julia after beating 2 teams.

Julia is having a great run in her singles. She progresses to the 3rd round but plays seeded 5/8 player Adriana Phan.

Her mixed doubles games are also going well with Edward.

Her doubles with Selena is also going well through to the 3rd round.

Silvi is not having much luck in her Singles and doubles. She is playing in the plate event for both categories after losing a 3 setter to Niamh Alley.

She remains in the hunt for mixed doubles glory with Amos.


Alex will have to contend with the plate event after losing her 3 matches. She has contributed so much as a team player and we wish her the best.

Titus is out of the singles after a close 3 setter against E Krstic in the 2nd round.

He is playing in the mixed doubles plate with Alex.

He remains in the doubles contention with Tyzton playing seeded 5/8 pair M Lee and W Liang.

Tyzton has been nursing injuries the whole day but he refuses to give up. He is through to the 3rd round after beating Clive Law in 3 sets. I was told he was in pain while playing his singles and Yuli and Annie were close to tears watching him play through his agony. He managed to win the 3rd set much to his mum's and Yuli's relief.

His doubles games with Titus have been much easier. However they play seeded 5/8 pairs W Laing and M Lee tomorrow morning.Hopefully he will recover physically by tomorrow.

He is also traveling well with mixed partner Joy Lai.

Phing continues with her singles campaign but is now out of doubles losing in the first round. She goes to the plate with Sanoja, her partner.

KJ progressed to the 2nd round of the singles but had to bow out after a closely fought 3 setter against A Phogat. KJ has shown determination, courage and humility throughout the games. Annie and Kay have been most complimentary of his manner and fighting attitude. Sok Teoh , his father must be so proud of how his son has performed in his first National competition representing WA. I am sure we will see more of KJ in other tournaments.

KJ and new partner Serena progress to round 3 and will play seeded 9/16 M Lee and and J Almazan tomorrow.

In his doubles with new partner D Blaga, I am not sure if he progresses to the plate.

Serena Lin is another player who has grown so much from this competition. She is through to round 3 with Julia. Both are of course playing in their first nationals and getting to round 3 in doubles is a great achievement.

She goes to the plates for singles.

She goes to the 3rd round with KJ in the mixed.


Posted by Raymond Tan at 7:02 AM No comments: Links to this post