The Coaches Challenge started at 10 30 am.

There were group photos taken for the team and the challengers.

There was a decision  that we would try and save $30 each and not pay for the team photos that are usually taken at the tournament.  We decided to take our own. I must say the result was not bad if I may say so  myself. 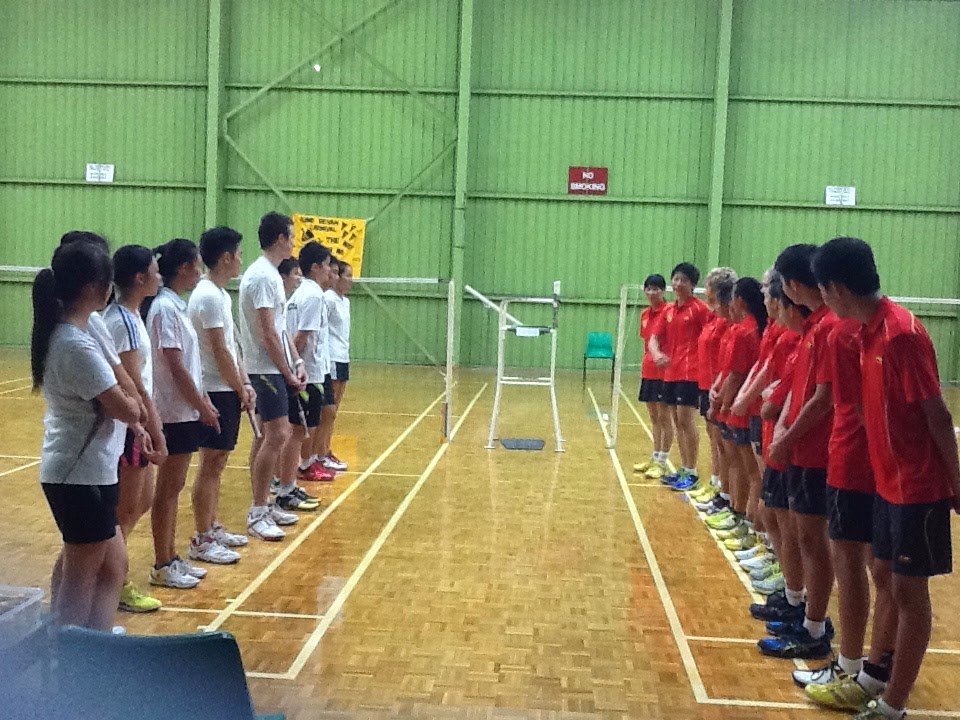 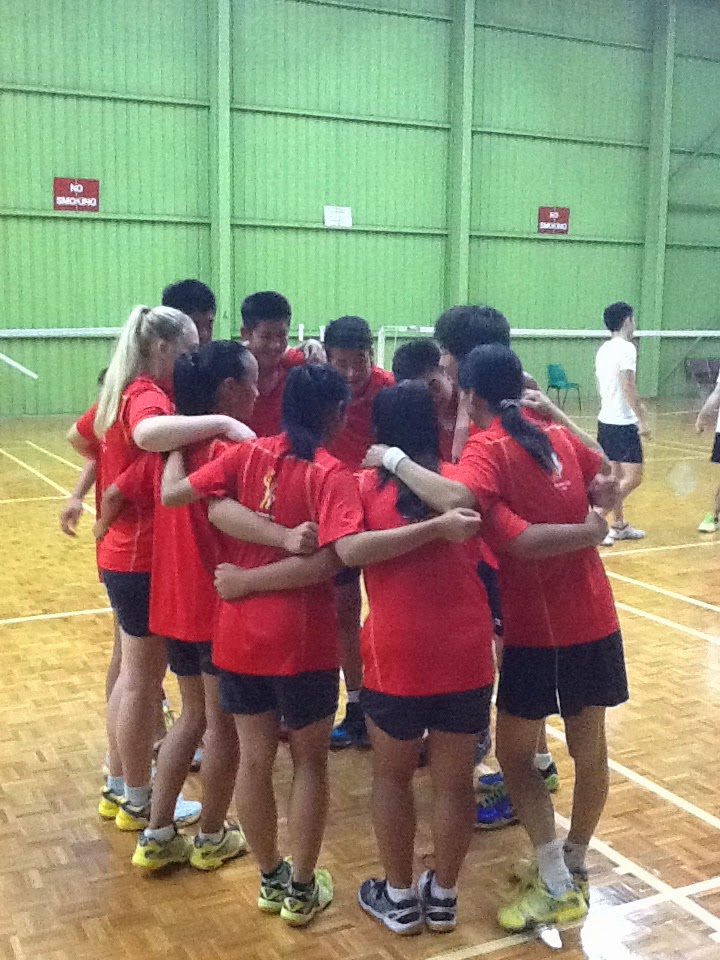 Gavin and Bella went down in 2 sets against Eddie and Jolene who are both much older than the WA team players.

Jasper and Sophie were no contest against Daryl and Amanda.

Tyzton and Olivia could not contain experienced Crystal and Andrew Belcher also going down in 2 sets. 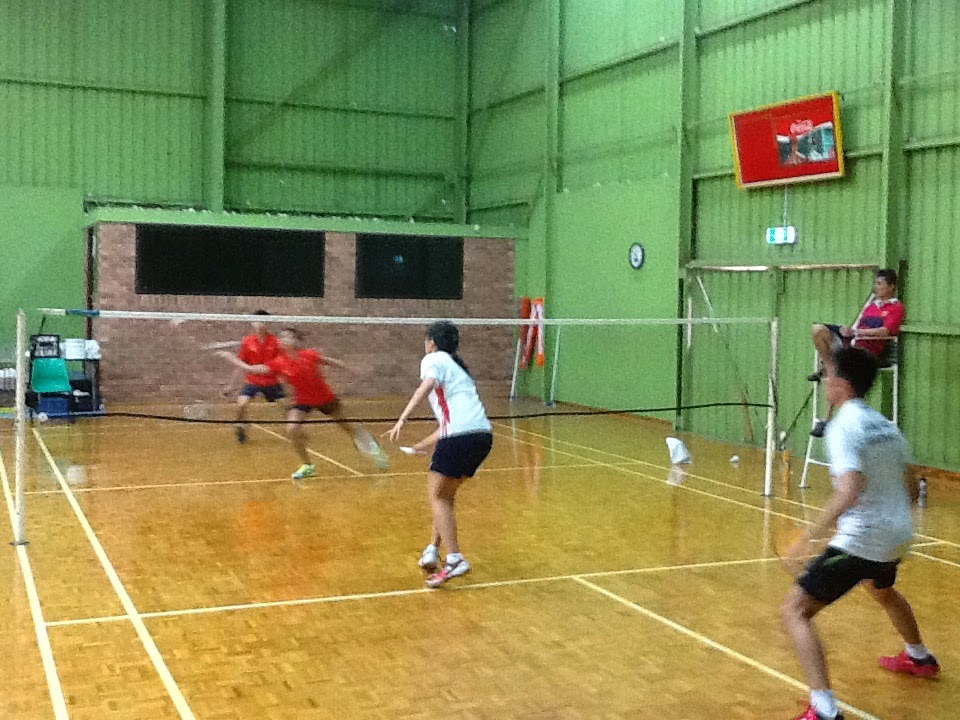 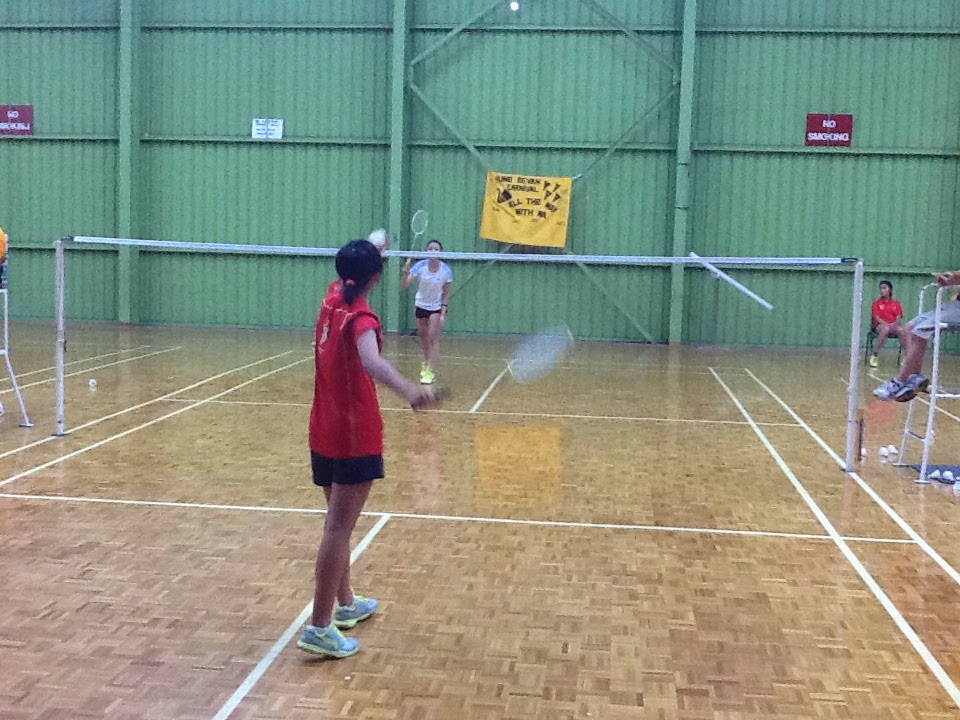 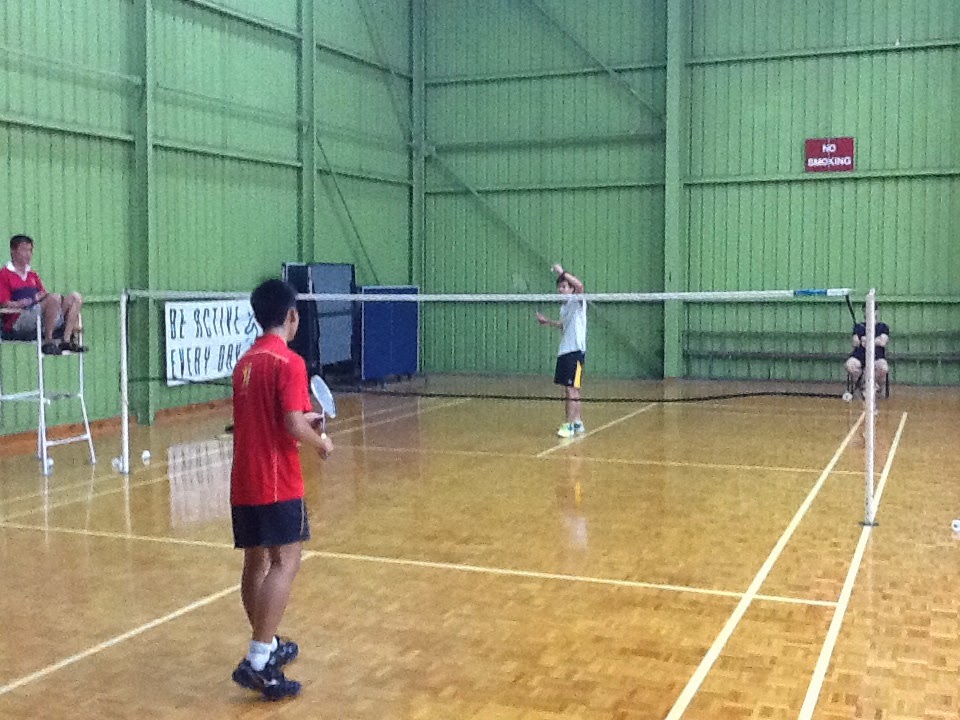 Edward and Julia also went down against Soniq and Angie.

Only Xiang and Gerimay the 2013 Under 15s mixed champs won against Kai Chen and Eunice in 3 sets. 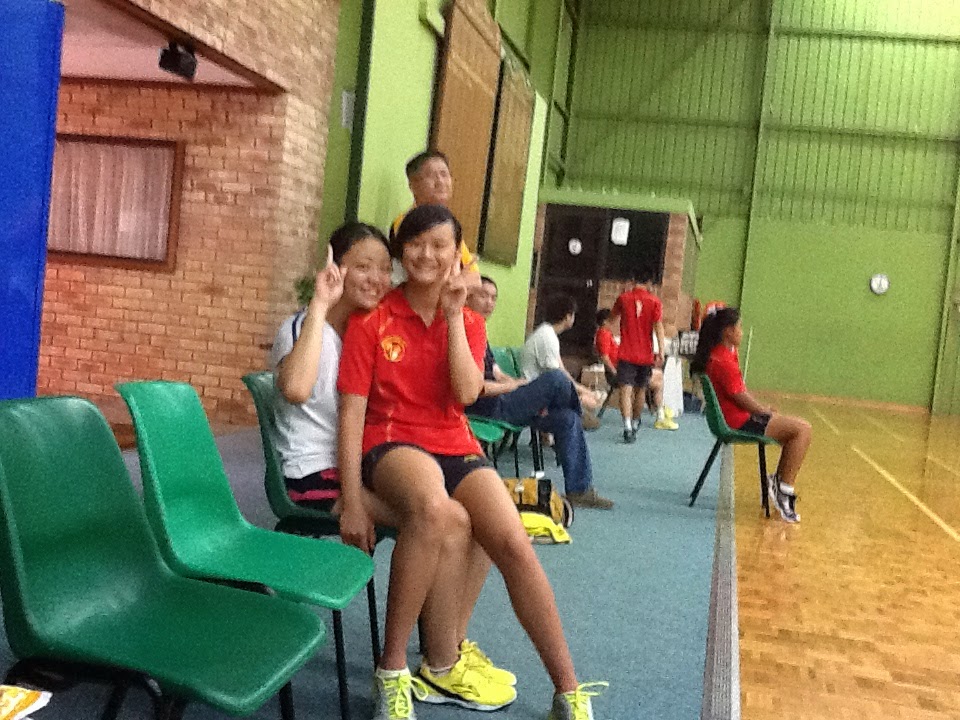 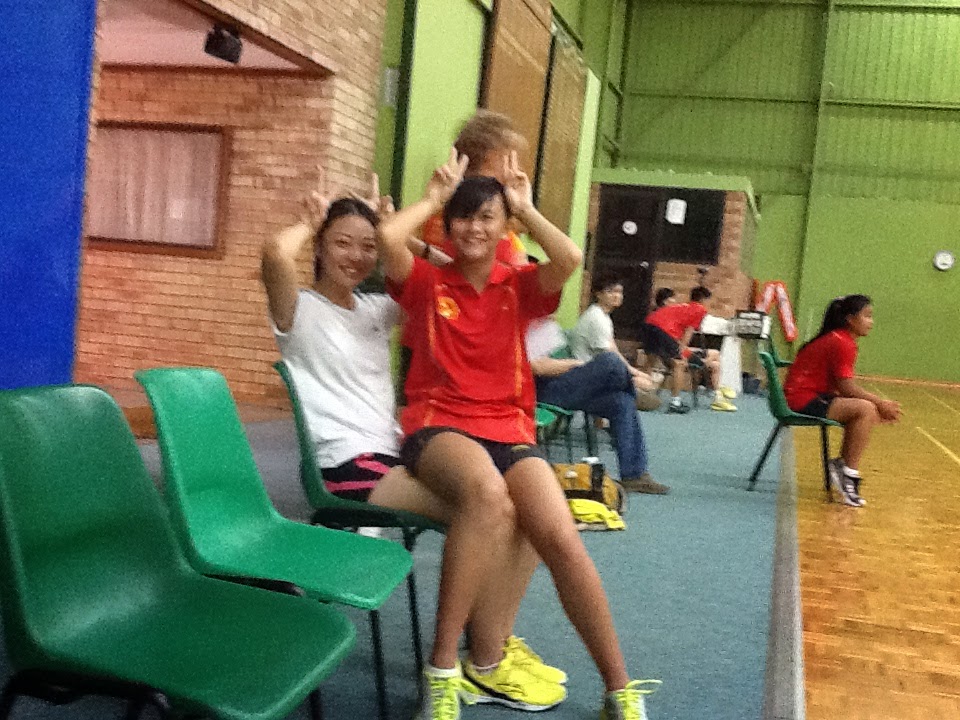 After a brief pep talk, the players started their singles games. Gavin got more points for the team winning in 2 sets against Daryl. Tyzton got the first set against Soniq but lost closely in the next 2 sets. 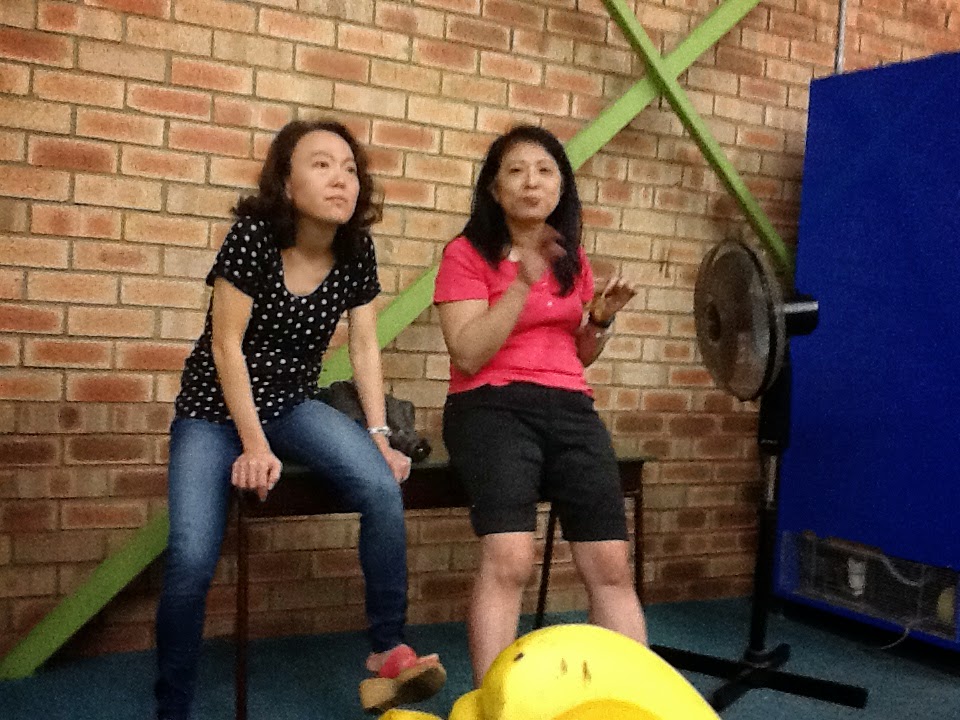 Bella then went against Amanda and managed to win in 2 sets.

Gerimay went for a 3 setter to win against Eunice who  admitted she was out of shape as she has been concentrating on her studies.

Olivia went down fighting against Jolene in 2 sets. 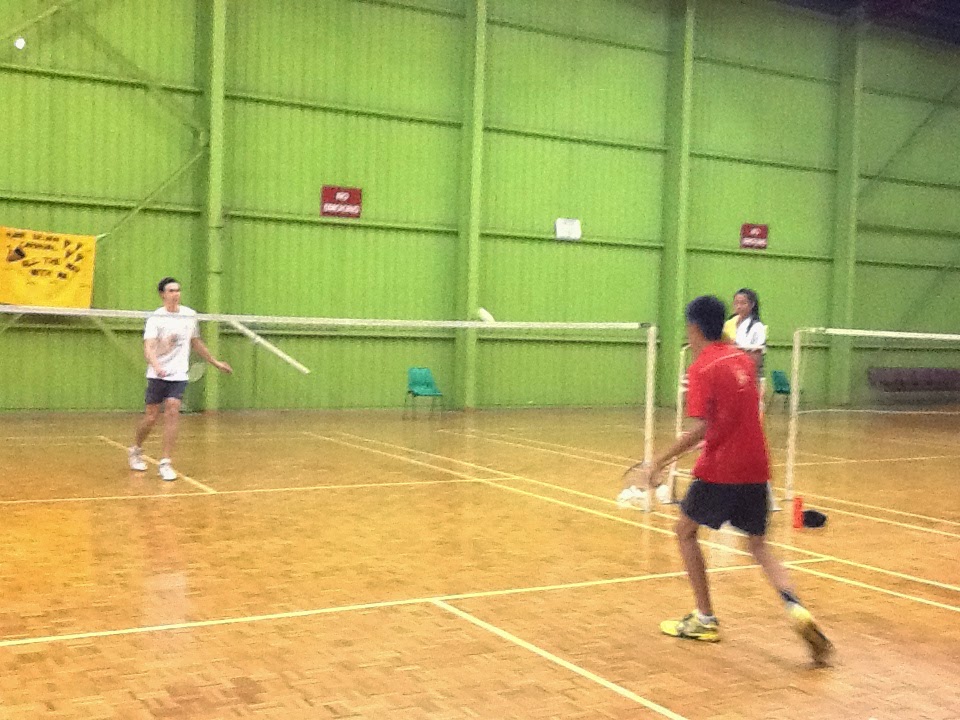 Edward also could not contain up  and rising Kai  Chen, losing in 2 sets. 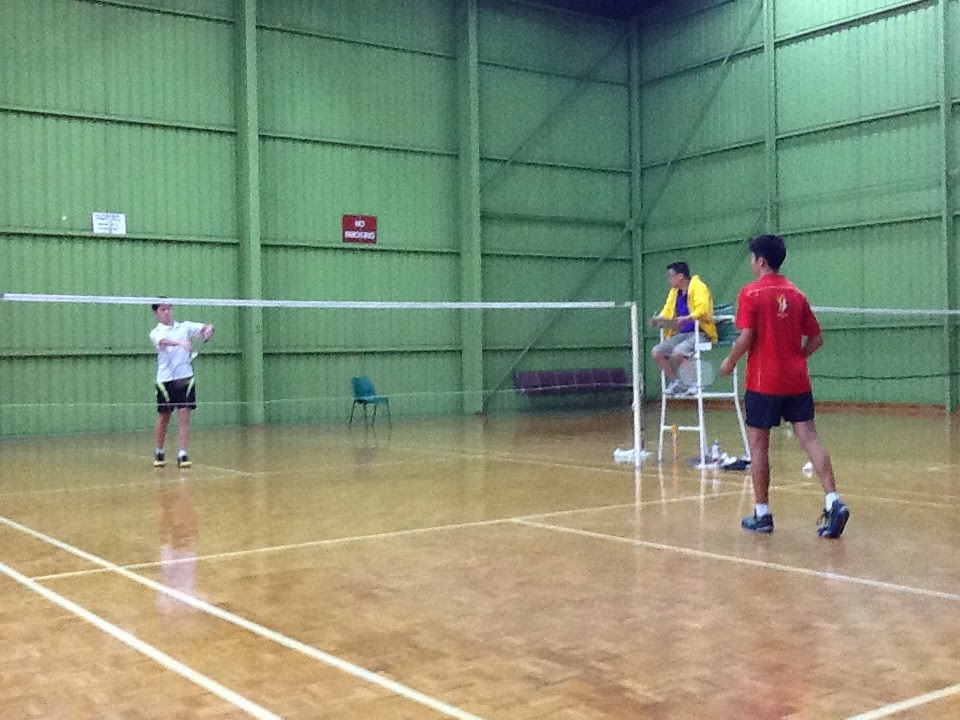 Sophie was also  unable to  beat  Angie going down in 2 sets. 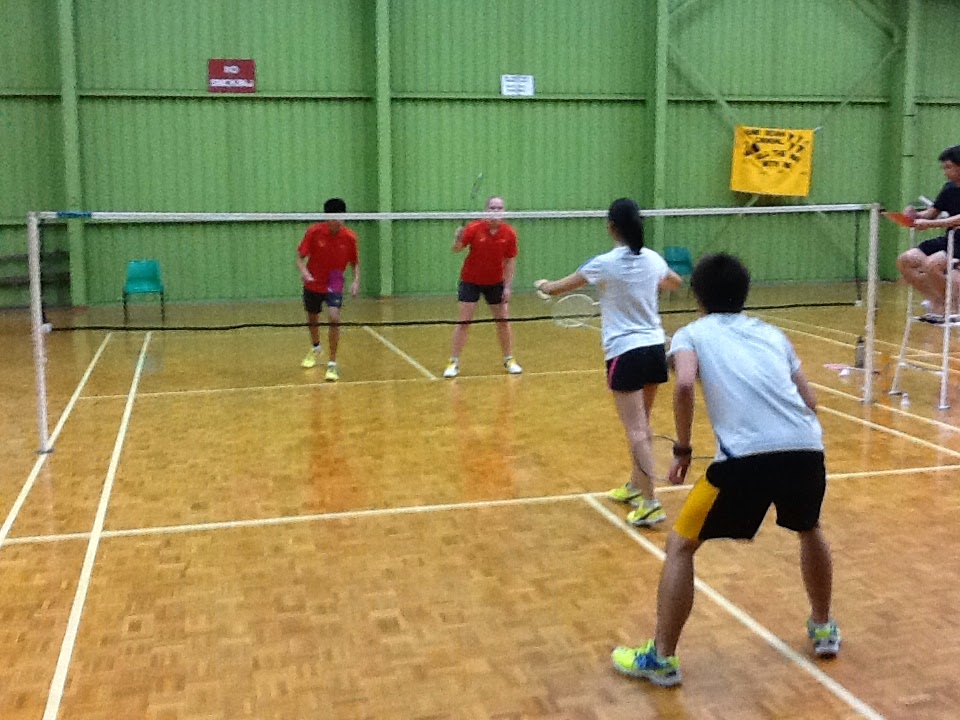 Jasper went fighting against Andrew Belcher but could not  contain the older and taller Belcher.

Julia then fought a 3 setter before losing to Crystal.

There was a short rest  before the team started on their  doubles games. Gavin and Edward lost to Andrew  and Eddie in 2 sets. Gerimay and Sophie  also  lost  in 2 sets to Eunice and  Crystal.

Jasper and Xiang won in 3 sets against Soniq  and Kai  Chen.

Bella and Julia faced Angie  and Crystal but  could  only survive 2 sets.

Xiang and Tyzton also  lost in 2 sets against Eddie  and  Daryl.

The  last  game was  between Gerimay  and Olivia against Jolene and Eunice. It was a close fight but WA managed only  2 sets.

The Under 17s lost 34 games to 12. Not  bad against  a  much  more experienced team which mainly comprised of players form the previous year's Under 19s players.

They will have to  do  better against the President's team.

There was lunch with the  challengers prepared by the parents who are always supportive.

In between the games, I managed to do some interviews of the players.

Some of these kids are quite cheeky even when they are being interviewed.

Half way through the games, I  had to return to Perth to pick  up Jazton as he had locked himself out.


Jaz and I then went to Armadale Golf course for a quick  9  holes  before  returning to the club to  see what the  players were doing. 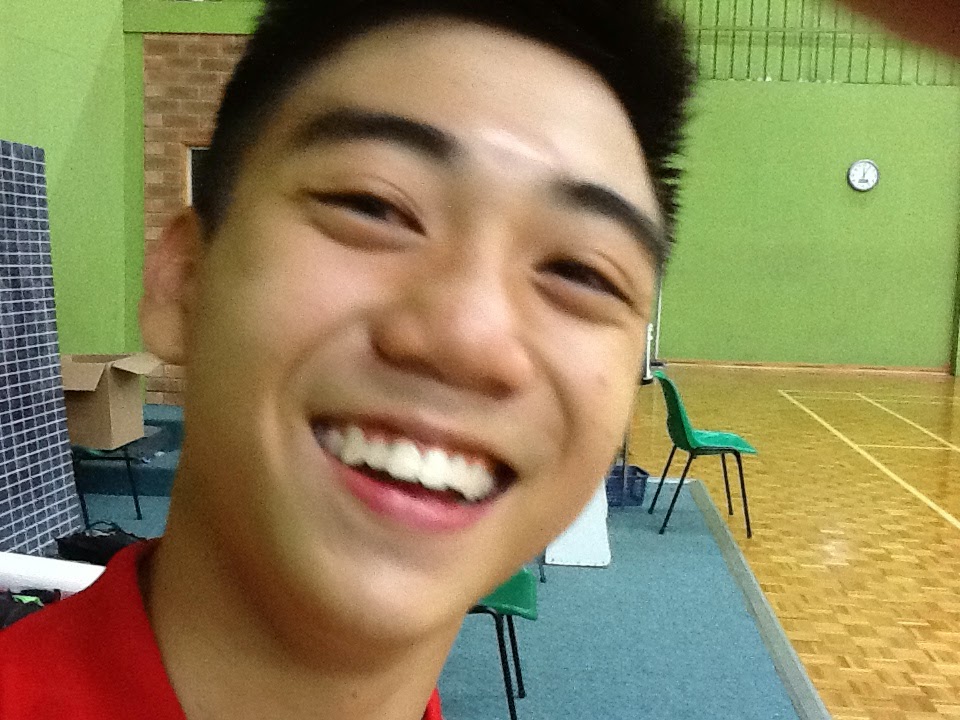 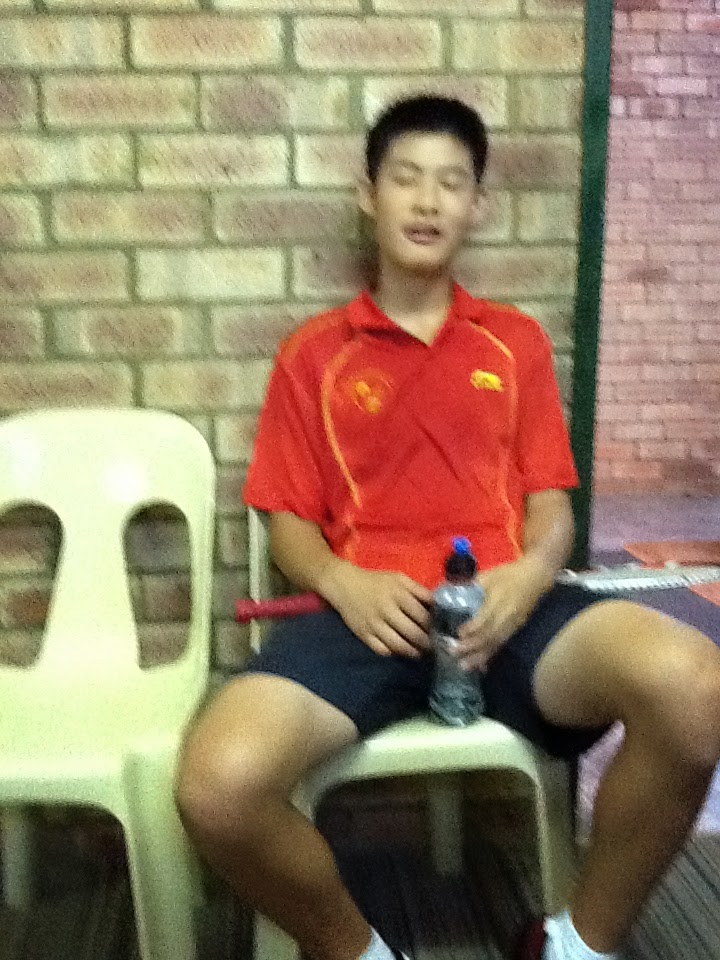 They were getting a talk on  umpiring by Annie. 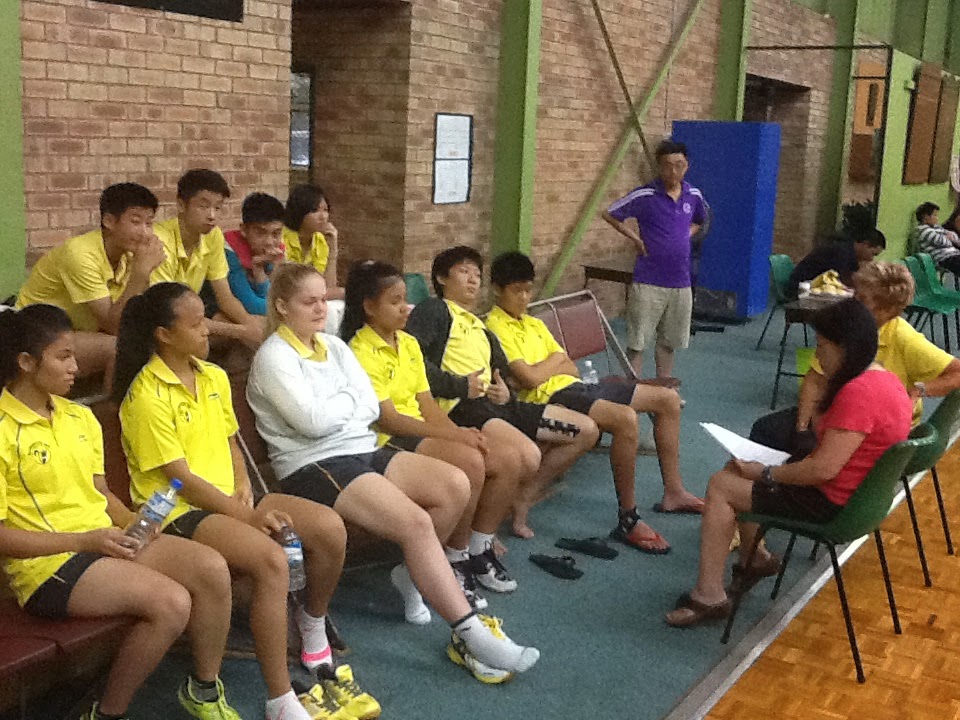 The  next  talk  was by  Sam Fan on nutrition. 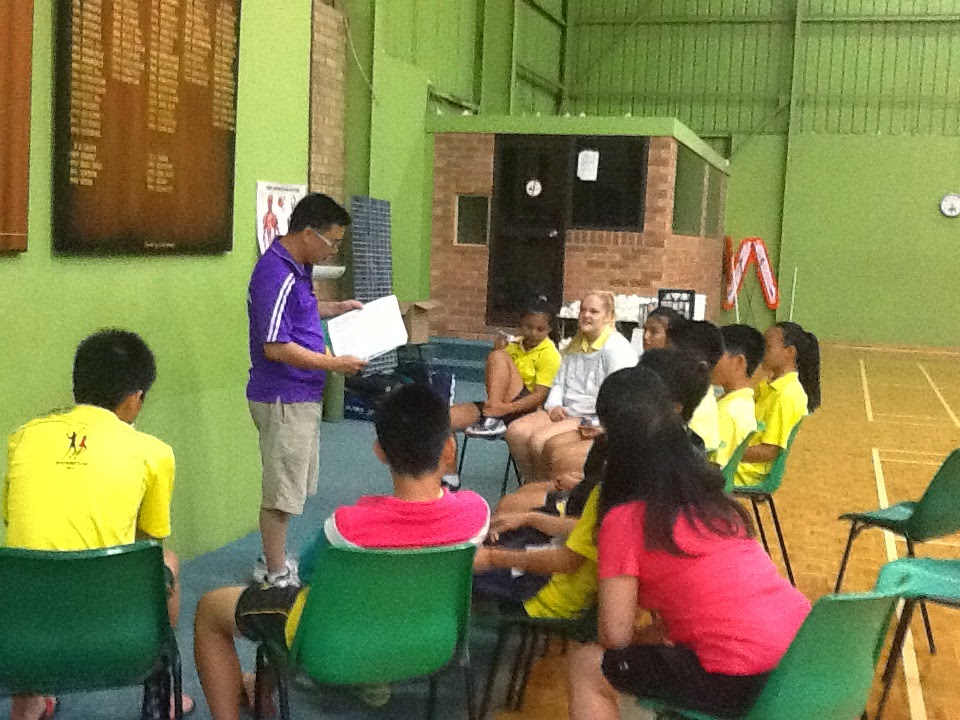 Bruce Napier our new president then gave a talk on lining. 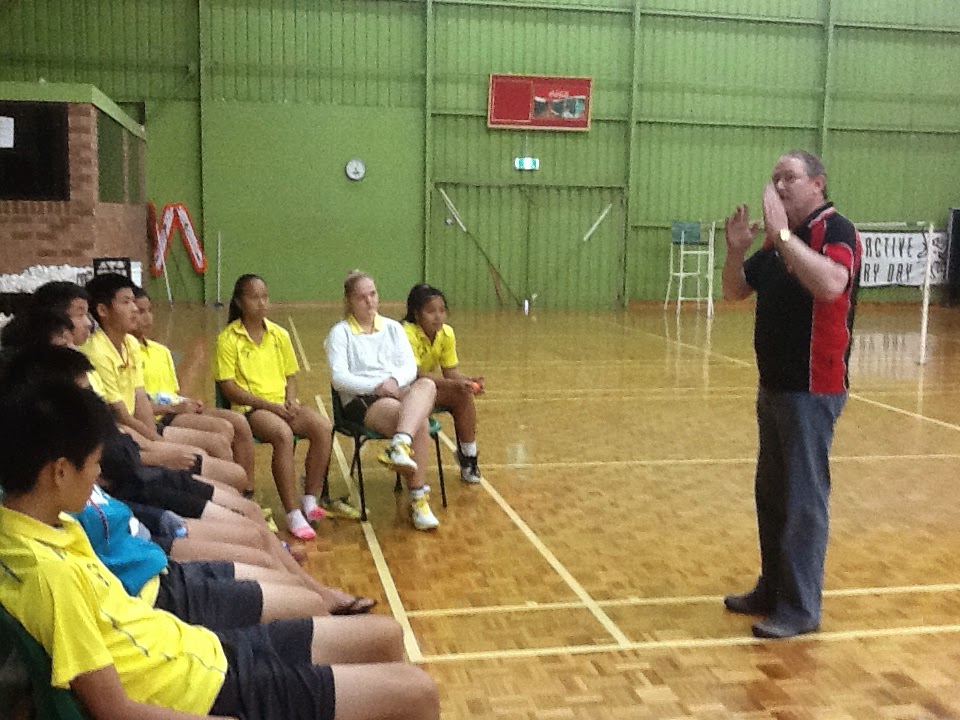 This is only the first half of the day's events. 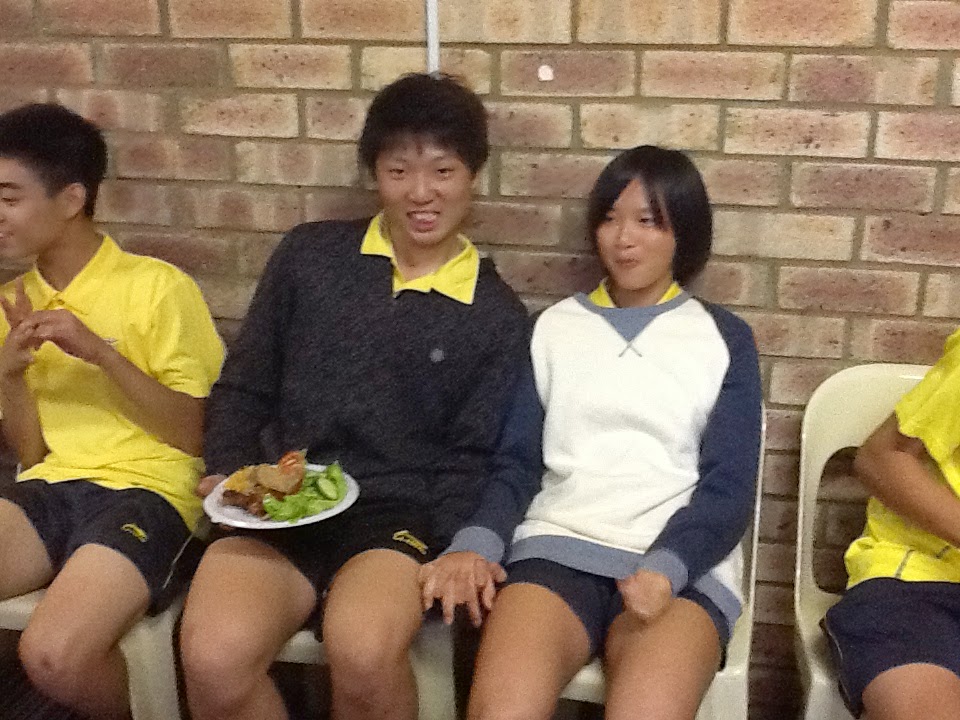 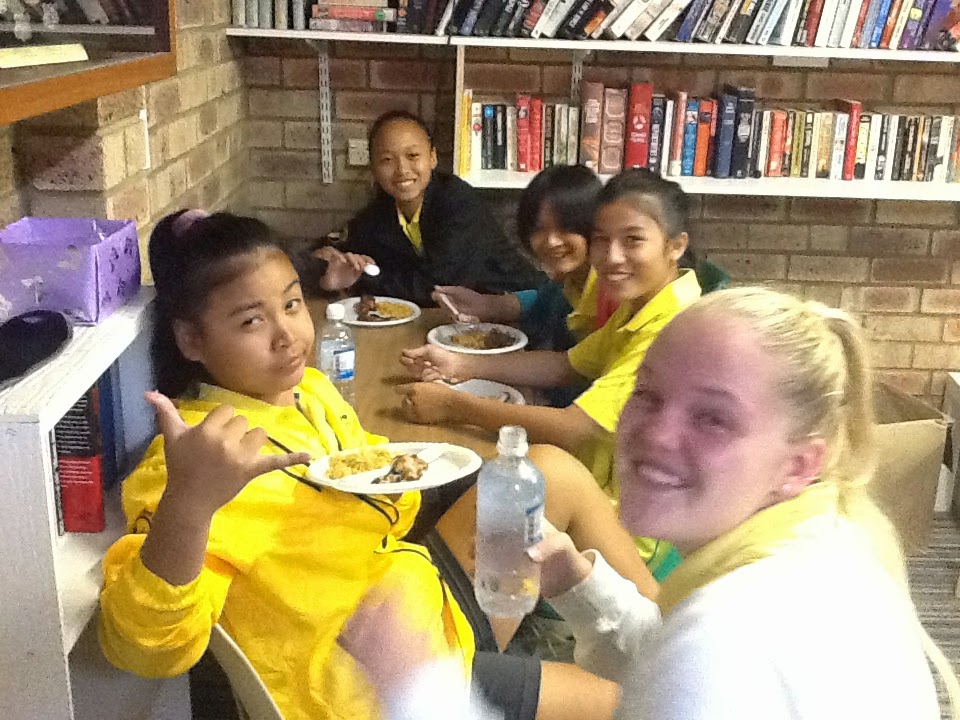 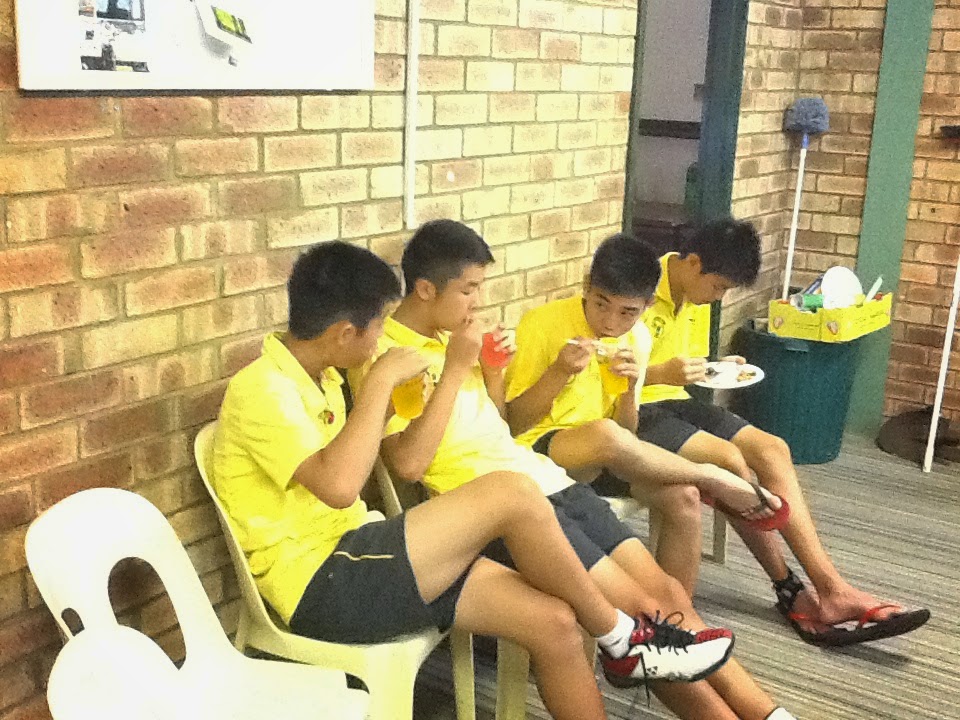 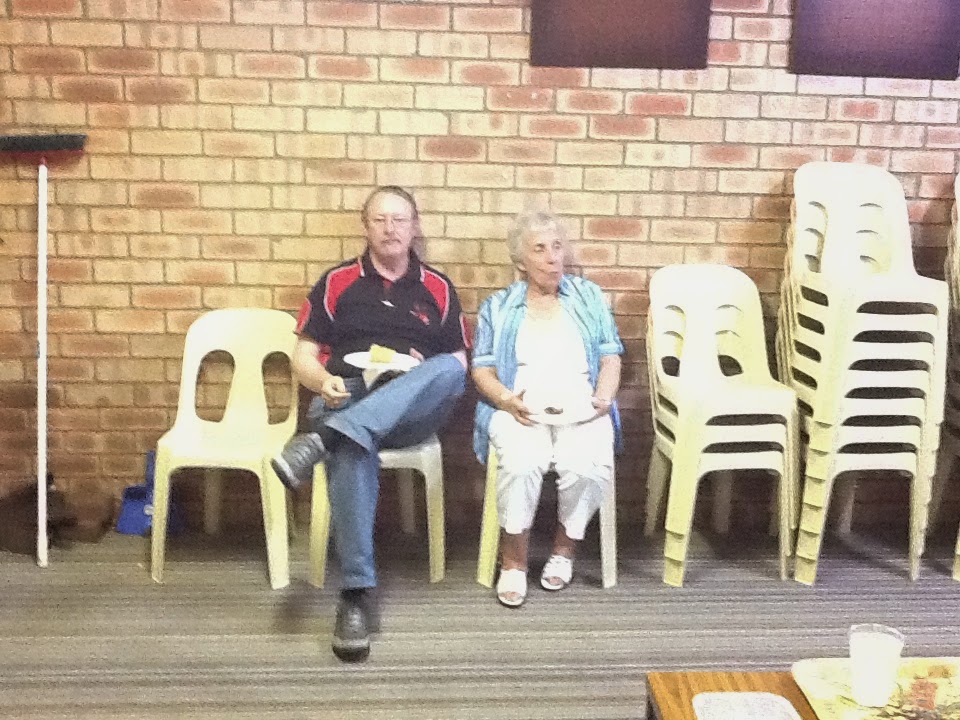 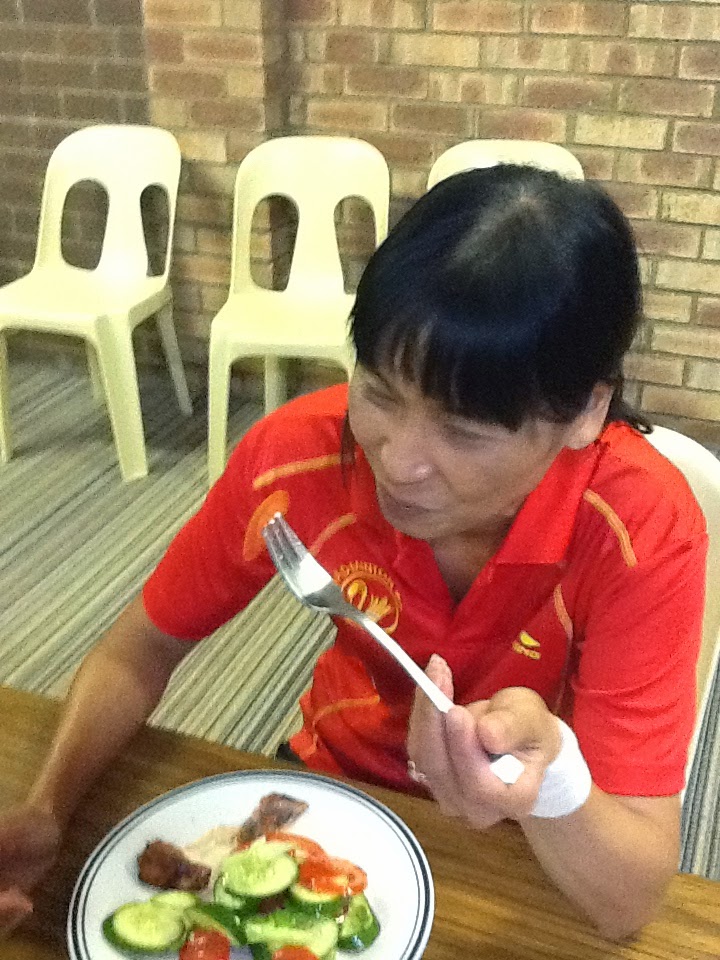