The players have had a short rest after Kay forced everyone to have a shower to freshen up.

Annie then did a briefing on the rules.


The President Cup is starting after a rousing introduction by El President of her team members.


The President has invited quite a few ex state players. 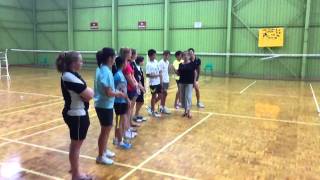 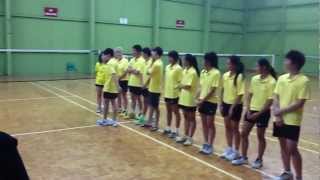 First off the pace are Tyz and Alex v Joline and Ben. Joline has just come to Perth to study. She was at the Singapore Sports School and ranks  high in  Asia as a junior player.


Xiang and Olivier v Edward and Julia is next.


Teoh and Serena play Andrew Frank and Ashley next. Ashley was in the last Under 19's team that won bronze. WA  is leading at 16/11. They get to a close 25/23 and then win the 2nd set at 21/19. It was a good match and the players gave everything they had. Teoh is getting more confident with each game. After the game, he told me that even if he is not the best player in the team, he has set himself up to tire out his opponent so that his team mates can have a better chance. He is a real team player.

Kai Jie Teoh has improved much since training in the state team. His parents must be so proud of him. He should be proud of himself for being determined to give his best for WA.

The atmosphere in the court is quite fantastic as there are a few parents and spectators. Most of the the BAWA board  is here with Judith, Kelly, Bruce and Kim. Even Himanshu and Kirran were in attendance supporting the team.

Sophie is playing Julia. Julia is leading Sophie by 20/6. WA  wins at 21/6. I just heard Sophie is playing with a sore toe. What dedication. Her dad said she is either dedicated or crazy.  Julia finishes the game with a clear win.

In the 2nd set, Jaz is leading at 8/5. Jaz gets to 11/6. Titus catches up at 14 all and then takes the lead. They stay close with Titus leading by 1 pt and then at 17 all. Titus wins the 2nd set at 21/19. Jaz has not been playing too much badminton lately preferring golf. He now needs to start training again if he wants to play in the Under 19s team. What will it be, golf or badminton?

The WA team win the President Cup challenge without a problem. 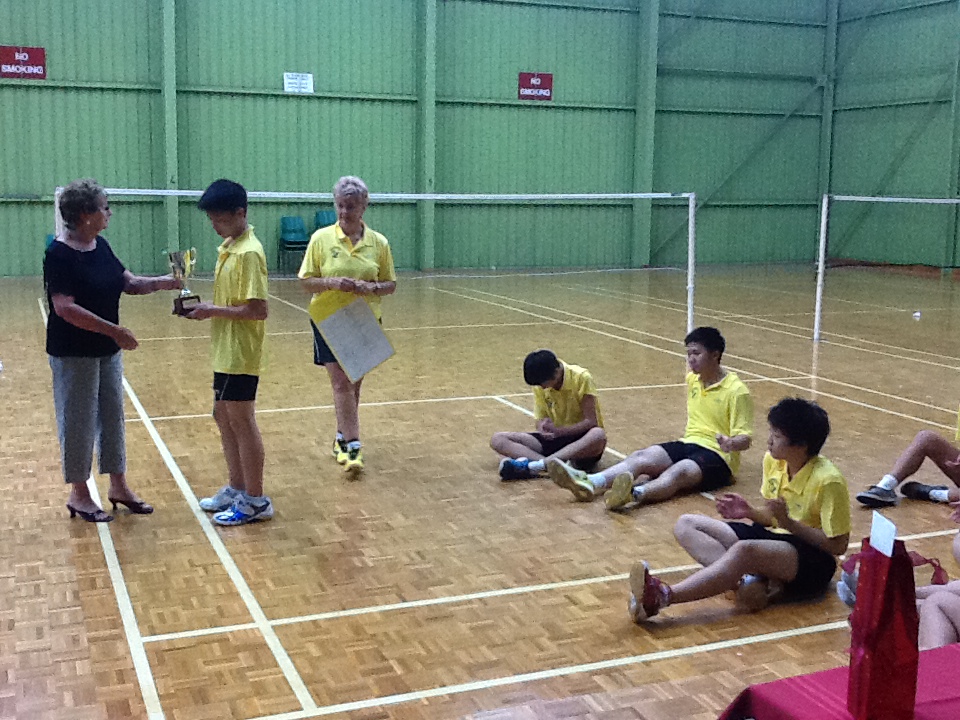 At the end of the comp, Andrew Chai did a quick BBQ to feed the players.


It has been a good day for the team. Lot's was learned re how the tournament runs. Good luck guys.
Posted by Raymond Tan at 5:01 AM